As the approach of autumn brings a chill to the air, Universal Orlando Resort is sending that chill right up your spine.  Re-imagining terror for the 23rd year in the row, Universal’s Halloween Horror Nights is a stunning show-case of attention to detail and willingness to terrify. Consisting of haunted houses, mazes, scare zones and other in-depth levels of theming, Halloween Horror Nights 23 is an experience guaranteed to make you scream.  Continue reading for a recap of opening night as well as tips for those attending the event. Contributed by Cristen Curley-Edwards (photos are hers except where noted)

We recently had a chance to attend opening night of Halloween Horror Nights 23.  In a pre-event press conference, the Halloween Horror Nights creative team gave an overview of their experiences planning and executing this year’s twenty-third event.  The level of detail and planning they put into each event is so in-depth that even on the first official night of the event, the creative team is already planning their 24th year. In fact, that level of detail is what made one of this year’s haunted houses possible - a house themed after the film An American Werewolf in London.  During the panel discussion, the director of the film John Landis shared that the HHN creative team had chased him for many years, but it was finally seeing the creative team’s attention to detail that convinced him to collaborate. After the discussion, our media group was taken on a R.I.P. tour, allowing us front of the line access to the houses.  As someone who has had to take a chicken exit out of a haunted house before, I was definitely nervous about going into the houses and the scares that were waiting within!  Trust me, no opportunity is missed to scare you anywhere along the lines, whether the scares  come from “scare-actors” that are in the house, lighting effects, bits of scenery clinging  to you, or even just standing in the dark, knowing what’s lurking. 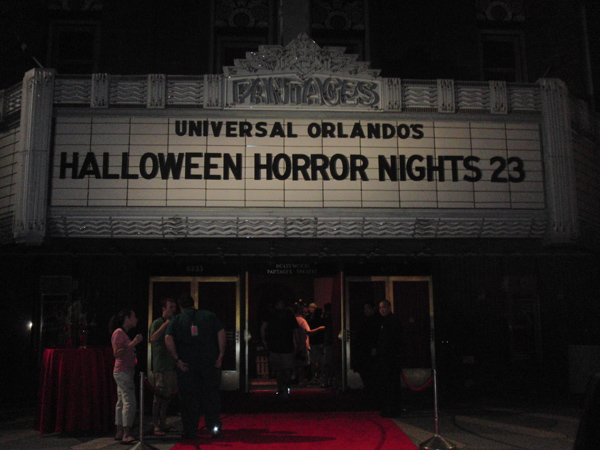 Here is an overview of this year’s houses: 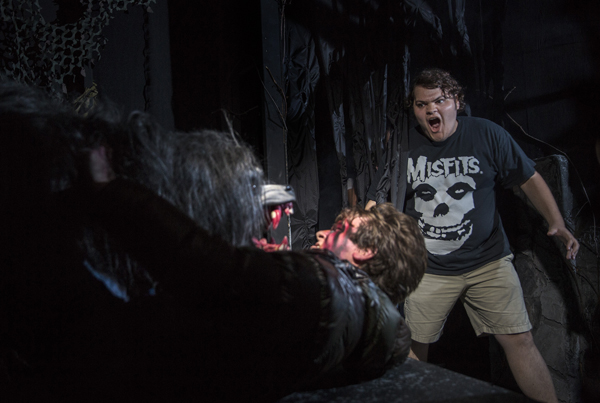 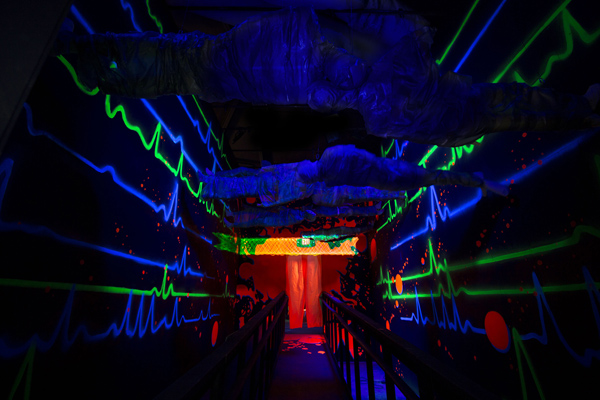 Our group also visited the show Bill and Ted’s Excellent Halloween Adventure.  The show which is a mix of both music and comedy, opens with a dance number featuring women dressed as sexy versions of murdering villains such as Freddy Krueger and Jason Voorhees.  The premise of the show is that Taylor Swift, who is dating Ted, has been turned into a blood-thirsty zombie and quickly turns other female celebs into the same, to help her reach her goal of murdering Bill and Ted.  Interspersed with this are various references to pop culture moments from this year, whether it’s twerking zombie Miley Cyrus, Paula Deen or the characters from Duck Dynasty, nothing is safe from being mocked here.  The show also takes a few jabs at Walt Disney films and theme parks.  The show definitely contains some crude language and sexual humor that not everyone may enjoy. 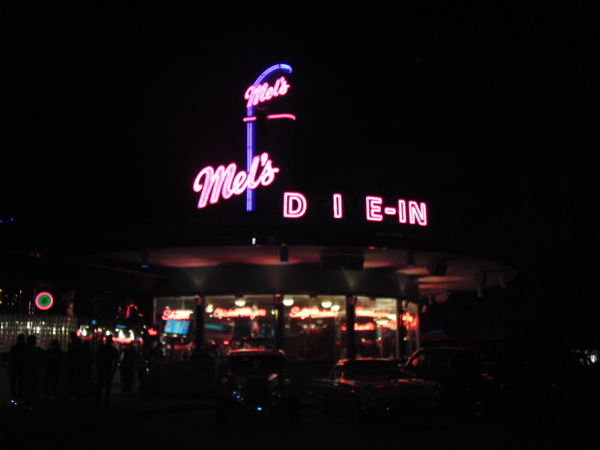 We also made our way through the scare zones.  This year, show director Laura Wallace, focused all the scare zones on various seasons of the Walking Dead.  One of the zones we stopped in, which draws inspiration from the episode Clear, is dim and heavily flooded with fog.  As you walk through the various zombie traps (set up as they were in the show), walkers jump and lunge at you.  Through the darkness and fog it can be tough to tell who’s a walker and who isn’t, which makes it all the more scary. Overall, I had a fantastic time at Halloween Horror Nights 23 and I definitely enjoyed being startled and scared more than I expected!  The experience was more than just going through a haunted house, with no detail left unplanned by the creative team; it was an immersion in horror, guts and gore that you couldn’t get away from and I loved every second of it! 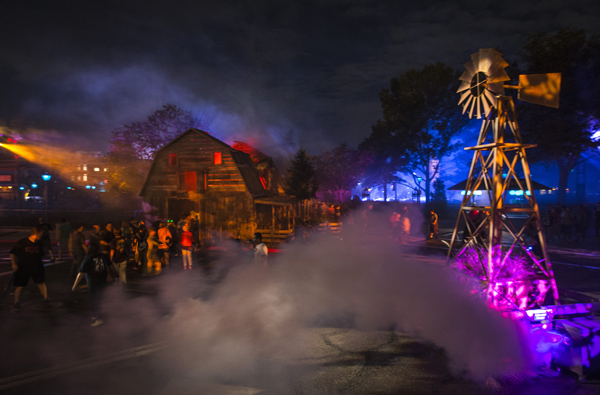 Here are some tips for people who are attending or considering attending HHN.