This post will have all the official news, images, and trailers for Disney’s ALICE THROUGH THE LOOKING GLASS starring Johnny Depp reprising his role as the Mad Hatter and opening in theaters on May 27, 2016.  In addition to Johnny Depp, also returning to the film are Mia Wasikowska (Alice), Helena Bonham Carter (Queen of Hearts), and Oscar winner for Les Misérables Anne Hathaway (White Queen).  Tim Burton’s ALICE IN WONDERLAND was released in 2010 and earned over $1B at the box office worldwide.  Continue reading for more details from Walt Disney Studios.

At the D23 Expo, President of Walt Disney Studios Motion Picture Production Sean Bailey welcomed Mia Wasikowska to the stage, where she thrilled fans with a preview of the all-new spectacular adventure, ALICE THROUGH THE LOOKING GLASS, featuring the unforgettable characters from Lewis Carroll’s beloved stories. 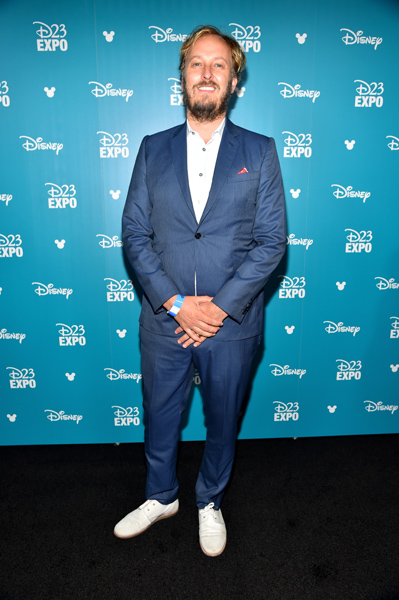 Director James Bobin of ALICE THROUGH THE LOOKING GLASS at the D23 EXPO 2015( Photo by Alberto E. Rodriguez/Getty Images for Disney)

Director James Bobin brings his own unique vision to the spectacular world Tim Burton created on screen in 2010 with “Alice in Wonderland,” in which Alice (Wasikowska) returns to the whimsical world of Underland and travels back in time to save the Mad Hatter. The film, which once again features Johnny Depp, Anne Hathaway, Helena Bonham Carter and the voices of Alan Rickman, Stephen Fry, Michael Sheen and Timothy Spall, introduces several new characters as well: Zanik Hightopp (Rhys Ifans), the Mad Hatter’s father, and Time himself (Sacha Baron Cohen), a peculiar creature who is part human, part clock. 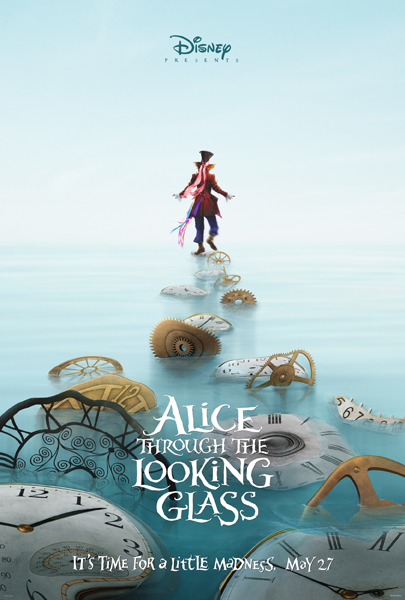 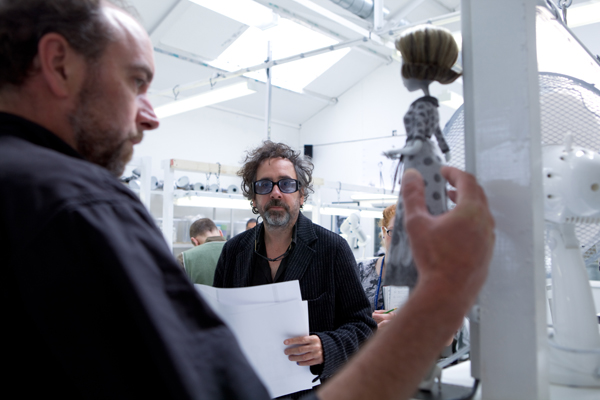 Mia Wasikowska (“Tracks,” “Jane Eyre” and “Alice In Wonderland”) once again appears as Alice Kingsleigh, who’s on a quest to help the Mad Hatter.

Matt Lucas (“The Labrynth,” “Alice In Wonderland”) returns to the revelry in a dual role as Tweedledee and Tweedledum.

And Sacha Baron Cohen (“Hugo,” “Les Misérables”) was called on to bring Time to the big screen.

“Alice In Wonderland: Through the Looking Glass” also boasts an extraordinary voice cast.

Stephen Fry (“24: Live Another Day,” “The Hobbit: The Desolation of Smaug,” “Sherlock Holmes: A Game of Shadows,” “Alice In Wonderland”) is back as the voice of the Cheshire Cat.

Michael Sheen (“The Twilight Saga: Breaking Dawn” Parts 1 & 2, “Alice In Wonderland,” “The Queen,” “Frost Nixon”) once again serves as the voice of the White Rabbit.

BAFTA-winning actor, writer and comedian Paul Whitehouse (BBC’s “Harry and Paul’s Story of the 2s” and “The Fast Show”; “Alice In Wonderland,” “Corpse Bride”) is back as the March Hare.