The National Warplane Museum sits in the rural hamlet of Geneseo, New York, and every July they stage “The Greatest Show on Turf” with the Geneseo Airshow.  I was thrilled when event organizers invited me to stop by and check out the event, and honored when they asked if I wanted to take part in a flight.  One of the many aircraft on display at the National Warplane Museum and featured in the Geneseo Airshow includes “Whiskey 7″ - one of the aircraft that transported paratroopers for the D-Day Invasion on June 6, 1944 over Normandy, France.  I couldn’t pass getting an up-close look at this war veteran.  Continue reading for photos and thoughts from my visit to the 2015 Geneseo Airshow.

Arriving to the Geneseo air field on a fog shrouded morning evoked a scene from the past with 70+ year old machines awaiting their orders for the day.  Whiskey 7 served as the lead aircraft during D-Day’s second wave, and withstood heavy flak while delivering men from the 82nd Airborne Division as part of Operation NEPTUNE. A glimpse of Whiskey 7’s interior where paratroopers would have sat before jumping into the fray of the D-Day Invasion.  One can’t help but wonder what thoughts went through the soldiers heads as they sat buckled in Whiskey 7’s belly crossing the English Channel towards the battle. I was thankful to get a tour of Whiskey 7 from its current Chief Pilot Chris Polhemus who flew the airplane back to Normandy in 1944 as part of the 70th Anniversary of D-Day, and appreciative this piece of living history was preserved.

Afterwards, I had the opportunity to fly in the Beechcraft C45 Expeditor - a four-seater advanced trainer aircraft used for bombardier and gunnery training during World War II.  Nearly 90% of bombardiers during the war trained in this type of airplane.  There was an art deco elegance to the bird’s shiny, sleek, design. 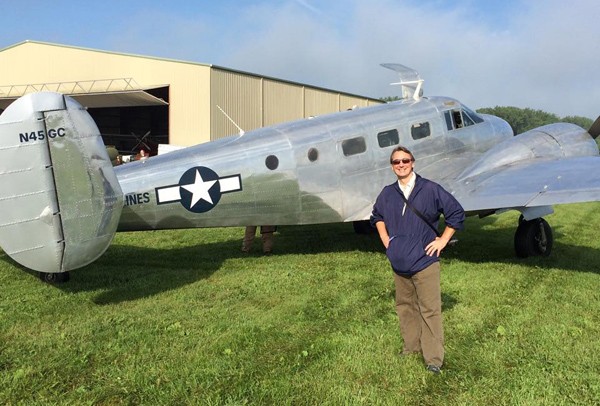 Interior and cockpit of the Beechcraft C45 Expeditor 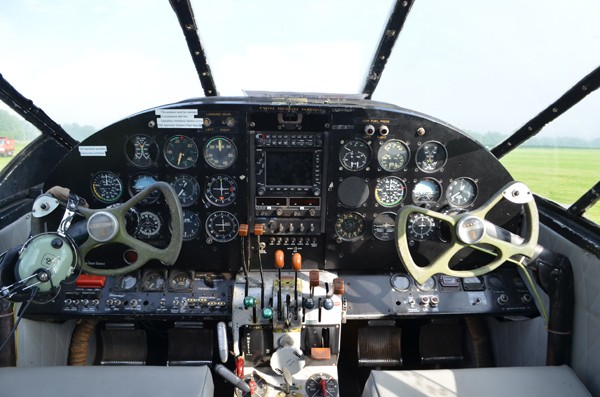 The view from my seat upon takeoff before rising out of the rural cornfields of Geneseo, New York. The flight was smooth, and the over-ear headphones muffled excess noise from the dual prop engines.  In no time we were 2,000+ feet above the Livingston County farmlands. 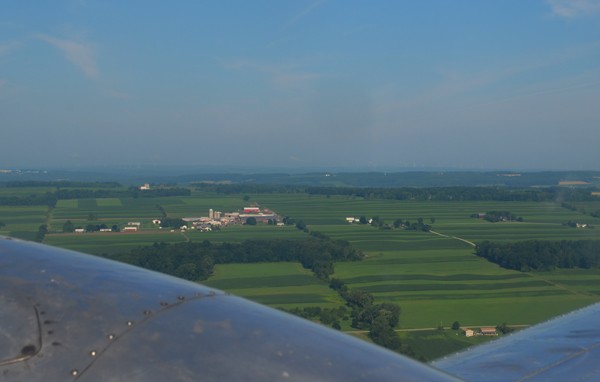 Our pilot flew over the Genesee River, and headed towards Letchworth State Park, “The Grand Canyon of the East.” 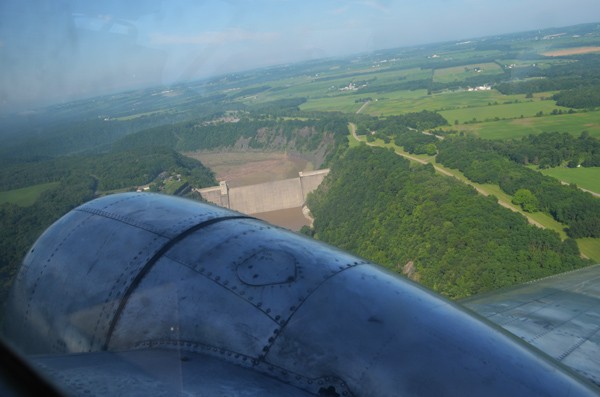 It was spectacular to witness the gorge, waterfalls, and trestle bridge of the natural wonder from up above.  We circled back towards Geneseo, passing over Conesus Lake the western-most of the 11 Finger Lakes that dot the region. And 30 minutes after take off, we touched back down on the Geneseo air field turf.  It seemed like such a civilized way of flying, and made me yearn that all flights could be like this again. 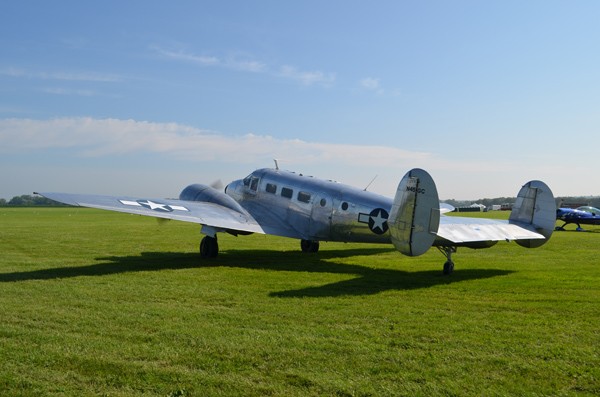 I took in the atmosphere of the Geneseo Airshow with its acrobatic planes circling around skydivers. And row upon row of warbirds from many different eras. The “Cadillac of the Sky” - P-51 Mustangs held the aloof air of rockstars, but earned their reputation as they thrilled the gathering crowd with aerial maneuvers of speed, rolls, and flips. Surprisingly quietly, impressive aircraft would arrive… well… out of the clear, blue, sky, such as this World War II era B-25 bomber that was the personal aircraft of General Henry “Hap” Arnold, first General of the United States Air Force. 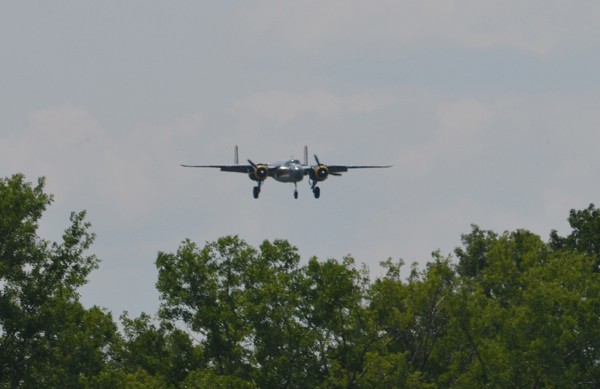 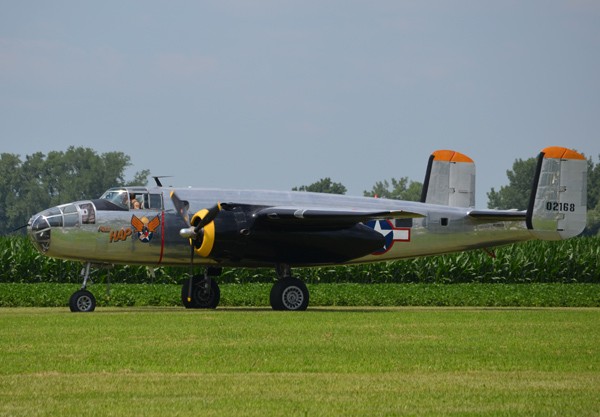 The Geneseo Airshow serves as a wonderful recognition for our nation’s military veterans, with many on hand for the occasion including, PFC Leslie Palmer Cruise Jr. believed to be the last surviving paratrooper who jumped from Whiskey 7 on D-Day.  However, the Geneseo Airshow is not just about the military.  In 2015, the National Warplane Museum added a “salute to first responders” that included a fundraiser to honor first responders and night airshow.  The weekend also included many children’s activities including an obstacle course, bounce house, scavenger hunt and LEGO building station where kids can build their own LEGO Whiskey 7. The Geneseo Airshow is a fantastic, family-friendly activity in western New York that combines history and entertainment, and is a great way to educate (or remind) ourselves of some of the sacrifices made by our nation’s veterans in times of struggle.