runDisney is summoning the Force today to announce another Star Wars-inspired intergalactic journey, this time to the dark side. “Ever since we launched the Star Wars race at Disneyland Resort, runners have been clamoring for more, so we’re thrilled to bring the Star Wars franchise together with the runDisney brand to Walt Disney World Resort,’’ said Maribeth Bisienere, senior vice president of Disney Sports Enterprises. “If the inaugural Star Wars race at Disneyland Resort is any indication, this new running adventure to the dark side is sure to be the out-of-this-world experience that runners have come to expect at runDisney events.’’ The new Star Wars race at Walt Disney World Resort will be a journey of personal achievement all its own, involving kids’ races, a 5K and a 10K in addition to the half marathon, plus a variety of Star Wars experiences, medals, events and merchandise inspired by a galaxy far, far away. Among its many features will be a unique 13.1-mile course that propels runners through Epcot, Disney’s Animal Kingdom and Disney’s Hollywood Studios and finishes at ESPN Wide World of Sports Complex. There will also be a Star Wars Dark Side Challenge — running the 10K and the half marathon on consecutive days – that offers each finisher a Death Star-themed medal.

Jedi and Sith Lords who dare to experience both Star Wars races will have the chance to take on the Kessel Run Challenge — completing the Star Wars half marathon missions on both coasts. Kessel Run Challenge runners can earn a commemorative “Coast to Coast” medal inspired by the Millennium Falcon starship. Race registration opens Sept. 22 at www.runDisney.com. 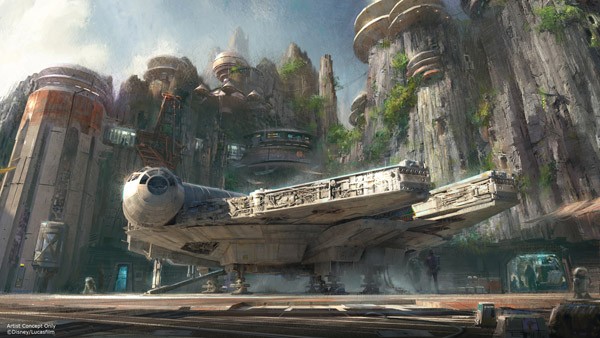 Each year more than 200,000 runners sign up for runDisney events, which often sell out in record time.

“We are committed to creating extraordinary experiences and events that appeal to runners of all ages and attract even more fans of our various brands and franchises to the sport of running, creating opportunities for them to live a healthier and more active lifestyle,’’ said Bisienere.