2015 was a great year for us at Adventures by Daddy.  Before we get started on our 2016 adventures, I thought it would be fun to look back at my favorite trips over the last year.  Over the course of the year, I was able to check a few never-before visited destinations off my list.  However, my favorite trips in 2015 were the ones I was able to share with my family.  So without further ado, here’s a look at my Top 5 Adventures in 2015 on Adventures by Daddy. From staying at a hotel with a 14 foot tall Native American shaman and teepee out back, to taking my first hot air balloon ride - Albuquerque, New Mexico was a truly unique destination that tickled the science nerd in me.  The Nativo Lodge immersed us in the culture, art, and people of the American Southwest.  While excursions around Albuquerque introduced us to the loftiest aspirations as well as the basest desires of man. I’ve long wanted to visit San Francisco, and was thrilled to receive an invitation for a press trip to San Francisco and Pixar Studios to learn more about their film THE GOOD DINOSAUR.  It was an incredible trip that included the first ever look inside the Pixar Living Archives, meeting the filmmakers and voice talent for Pixar’s INSIDE OUT, a tour of the Walt Disney Family Museum, and a brief audience with Yoda at Lucasfilm Ltd. My favorite adventures are those shared with family and friends, and I had both during runDisney’s Inaugural Star Wars Half Marathon at Disneyland.  My daughter Evie (age 14) and I trained for months getting ready for her first ever 10K that we successfully completed early on a Saturday morning.  The next day I completed the half marathon with my friends Richard and Sarah from Skywalking Through Neverland to accomplish the Rebel Challenge.  Due to the theming, family, and friends, Disneyland’s Star Wars races were the most fun I’ve had at a runDisney event in years. In August I had a Daddy/Daughter trip to New York City with Adventures by Disney that was filled with history, culture, and new friends.  Maggie (age 17) loved seeing Broadway shows and the backstage access offered by Adventures by Disney.  I was very impressed with my first group travel experience, and the new friends we made along the way. 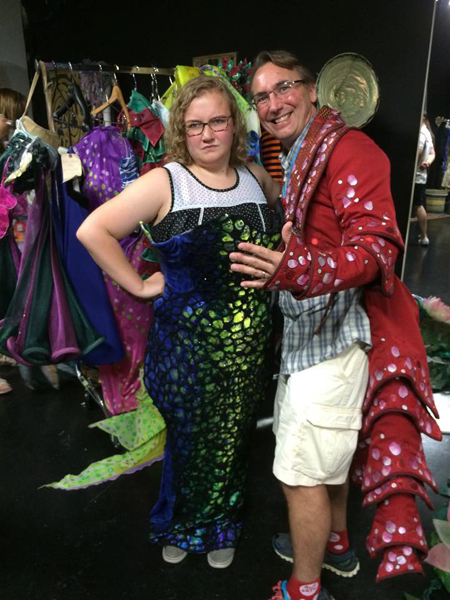 Going into this round-up, I knew our #1 family adventure was a “no-brainer.”  We sailed on Disney Cruise Line’s inaugural FROZEN voyage of Norway, and the whole family was along for the ride.  It was our daughters’ first trip to Europe; my wife and I celebrated our 20th wedding anniversary; and we were surrounded by Disney friends.  It was a memorable adventure that was hard to beat in 2015.