With the Wizarding World of Harry Potter Hollywood finally opening its doors at Universal Studios to witches, wizards and Muggles alike, the West Coast is simply abuzz with excitement.  The magical land has long been anticipated at Universal Studios Hollywood ever since its Universal Orlando Resort counterpart opened in 2010.  Continue reading for five reasons why the Wizarding World of Harry Potter Hollywood is a great idea. 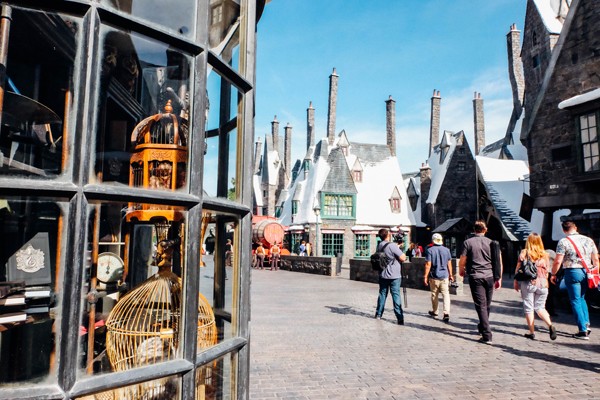 Tour the streets of Hogsmeade at WWoHP at Universal Studios Hollywood, photo by Michelle Rae Uy Now it’s your turn.  What do you think of Universal’s decision to duplicate Orlando’s Wizarding World of Harry Potter on the west coast?  If you’ve been to Universal Orlando Resort, are you going to make the pilgrimage to California to see this new Harry Potter land?  Let us know in the comments below.  For more family travel news, reviews, and trip reports, be sure to follow Adventures by Daddy on Twitter and “like” our Facebook page, too.