The graphic arts have taken over New York!  Everywhere you look, you see people dressed as their favorite comic characters, animated or otherwise.  That can only mean one thing…  New York Comic Con 2013 is on!  The four-day festival started Thursday, October 10 with a press preview, to which four-day ticket holders were also welcome.  Exhibitors and attendees alike were in costume, expressing their inner nature through their outer garb.  My favorite was the Toddler Mutant Ninja Turtle who dropped his shell here and there around the show.  Continue reading for a photo tour of the New York Comic Con 2013 show floor. Walking Dead, celebrating its 20th anniversary, had a huge installation, constructed of wood.  It was jam-packed later in the afternoon, but I was lucky enough to get a shot of it fairly empty. South Park also had a major construction for its booth, with access limited to attendees 17 and older. There were also some beautiful cars, including the red Corvette from Marvel Agents of S.H.I.E.L.D. 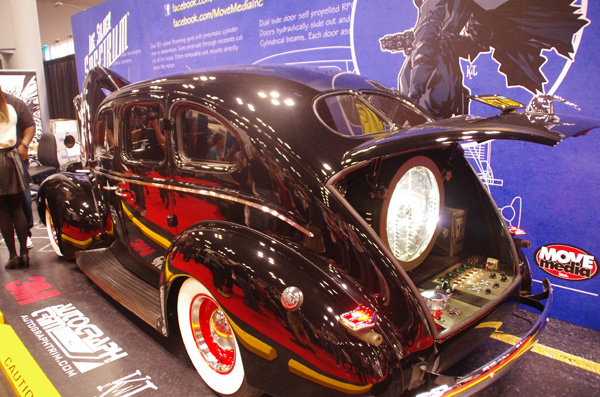 Swatch has a booth with some cool 007 watches, plus one of my favorite items in the show.  There are watches for children, with various themes, including Disney, Marvel, and Hello Kitty.  What sets these watches apart is that they’re washable.  That’s right. You take them off, drop them in the washing machine and get a clean, working wash at the end of the cycle. Funko POP! is back with limited edition figurines for Comic Con, which have a metallic sheen Some very cool new Disney figurines, including one of my favorite villains, Chernabog: 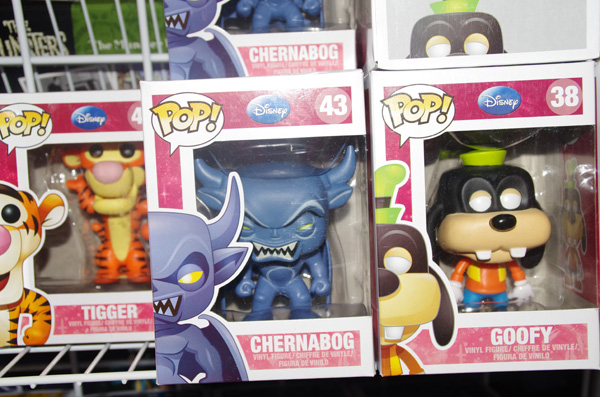 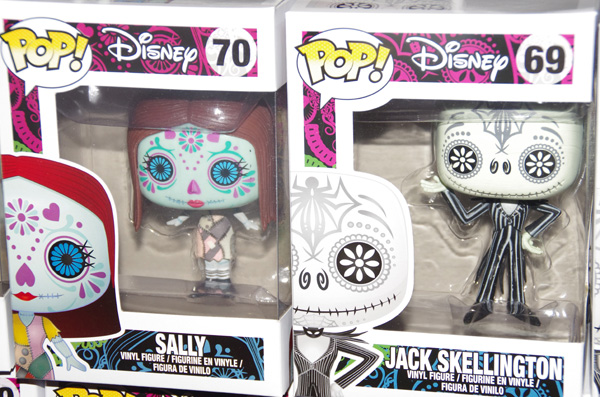 Some Minions, good and evil: And a limited edition, Comic Con only figurine of Stan Lee himself 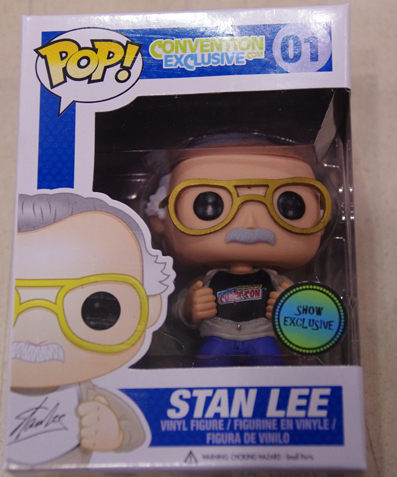 One of the more interesting booths was a woman selling Lego minifigs, some of which she collected from kits and others she had made herself In movie news, the excitement for the next Hunger Games film continues to build and a new set of action figures has been created to commemorate it.  Click here for all of our coverage of THE HUNGER GAMES: CATCHING FIRE opening November 22, 2013. 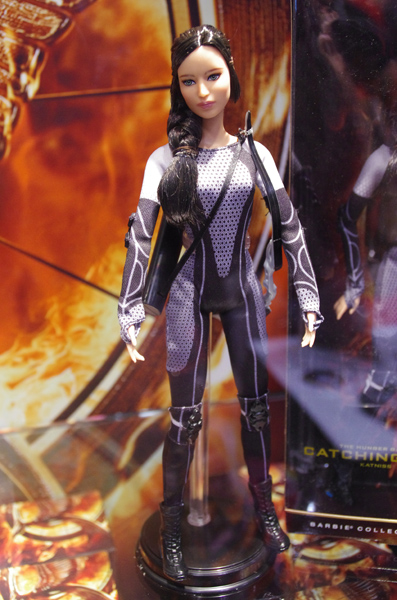 One of the new vendors this year, Tervis Tumblers had a do-it-yourself booth.  As a member of the press, I was invited to make a tumbler for free and here is the process: Of course, no comic convention would be complete without Star Wars representation!  The best products were from Kotobukiya and included business card cases, silicon molds (for ice, cookies or candy), and light saber chopsticks.  Best chopsticks ever! Check out the gallery (flash player required) for more pictures from the show, including more POP! figures and lots more My Little Pony merchandise.

New York Comic Con runs from Thursday, October 10, through Sunday, October 13, at the Javits Convention Center on 11th Avenue (between 34th and 39th streets) in Manhattan.  Have you been to New York Comic Con, or do you plan on attending this year?  If so, please leave a comment below with your thoughts and experiences.  For more family travel news, reviews, and trip reports, be sure to follow Adventures by Daddy on twitter and “like” our facebook page too.

Disclosure: George Gensler received a media pass and complimentary admission to attend the press preview of New York Comic Con.  However, all opinions expressed are her own.